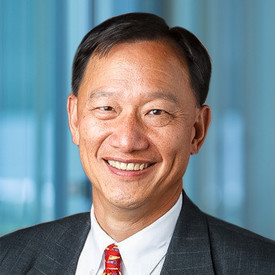 Mr. Wu currently is a Senior Lecturer of Business Administration at Harvard University’s Graduate School of Business, where he has taught since 2015. In 2015, he retired from his role as Managing Director of BayNorth Capital, a Boston-based private real estate equity firm, which he co-founded in July 2004. Prior to co-founding BayNorth Capital, Mr. Wu co-founded the private equity firm Charlesbank Capital Partners in July 1998 and served as Managing Director for 6 years. Prior to co-founding Charlesbank Capital Partners, he served for 3 years as a Managing Director of its predecessor firm, Harvard Private Capital Group, the private equity and real estate investment unit of Harvard Management Company. Prior to this role, Mr. Wu was a Managing Director at Aldrich Eastman & Waltch (“AEW”), where he directed the restructuring group and was a portfolio manager. Prior to AEW, Mr. Wu worked at Morgan Stanley in their corporate finance department. Mr. Wu currently serves as a Trustee for the University of Massachusetts and is also a Board member of the University of Massachusetts Building Authority. He is the Vice-Chair of Newton-Wellesley Hospital. Mr. Wu was a founding board member of the Rose Kennedy Greenway Conservancy, a past President of the Newton Schools Foundation, and a former member of Harvard University’s Facilities and Planning Committee. Mr. Wu has a Masters of Business Administration, with distinction, and a Bachelor of Arts, magna cum laude and Phi Beta Kappa, from Harvard University.