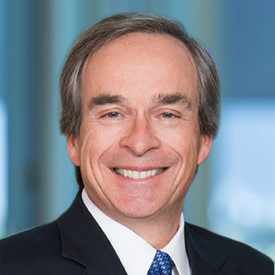 Mr. Osgood currently serves on the board of directors of Hannon Armstrong Sustainable Infrastructure Capital Inc. as an independent director and member of the audit committee, a position he was elected to on January 8, 2015. He has also served as the Chief Executive Officer of Square Foot Companies, LLC, a Cleveland, Ohio based private real estate company focused on self storage and single tenant properties since 2008. Mr. Osgood is primarily responsible for the acquisition and financing of properties, as well as overall responsibility for the organization. Mr. Osgood also serves as the Chief Executive Officer of All Stor Storage, LLC, a Delaware based limited liability company focused on the acquisition and ownership of self storage properties. From 2007 to 2008, Mr. Osgood served as Chief Financial Officer of DuPont Fabros Technology, Inc., a Washington, DC based real estate investment trust that owns, operates and develops data center properties. Mr. Osgood was part of the management team that executed the company’s initial public offering in 2007 which involved its transition from a private to public company. From 2006 to 2007 Mr. Osgood served as Chief Financial Officer of Global Signal, Inc., a Sarasota, Florida based real estate investment trust that owned, leased, or managed approximately 11,000 towers and other wireless sites prior to its acquisition by Crown Castle International Corp. in 2007. Prior to Global Signal, Mr. Osgood served as President and Chief Financial Officer of U-Store-It Trust (now CubeSmart), a Cleveland based self storage real estate investment trust, from the company’s initial public offering in 2004 through 2006. Mr. Osgood served as Chief Financial Officer of the Amsdell Companies, the predecessor of U-Store-It, from 1993 until 2004. Mr. Osgood is a former Certified Public Accountant and was a member of the auditing staff of Touche Ross & Co. from 1978 to 1982. Mr. Osgood graduated from the University of San Diego with a Masters in Business Administration and graduated from Miami University with a Bachelor of Science Degree. Back