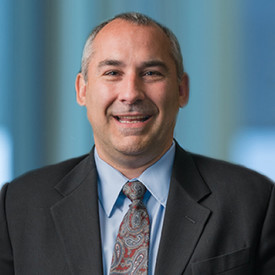 Mr. Meisinger is the Chief Executive Officer of Over The Top (“OTT”) Marketing, which he founded in 2006. OTT Marketing provides multi-location businesses with large scale, inbound digital customer acquisition services that are delivered through a proprietary software platform. In addition, Mr. Meisinger co-founded Thinique Medical Weight Loss in 2013 and built it to over 200 franchised units within a year before selling ownership interests to one of his co-founders. Mr. Meisinger also had the regional development rights for The Joint Corp. between 2011 and 2014, where he was developing more than 40 chiropractic clinics throughout Los Angeles County. Prior to founding OTT, Mr. Meisinger served as Head of Affiliate Sales and Marketing for Google Radio from 2006 to 2009. He joined Google Radio after serving as a key investor and Chief Marketing Officer of dMarc Broadcasting, which was acquired by Google Radio in February of 2006. Mr. Meisinger also served as co-founder, Chairman and Chief Executive Officer of First MediaWorks from 1999 to 2005, which provided the radio industry with a proprietary software platform and marketing services to help increase ratings and revenue. First MediaWorks was sold to Mediaspan in 2005. Beginning in 1995, Mr. Meisinger served as co-founder, Chief Executive Officer and Board Trustee of First Internet Franchise Corporation, the first Internet Service Providers (ISP) franchisor in the world with hundreds of franchise territories licensed worldwide.